This course aims to reflect on how to achieve glocal co-existence of humans and non humans, ecological awareness and technological innovation within the frame of a post-anthropocentric paradigm shift. The course has a very interactive character. Students will receive training on methodologies and theories applied in design thinking and projects to pursue sustainable futures. The course is divided in three sections focussing on specific topics: human diversity, the environment and technology. Each section is composed by a theoretical and a practical part. The theoretical part aims to analyze the history of discrimination from a political, social, ecological and technological perspective; in the practical part, students are expected to actively analyze their local reality by creating original integrated projects. The course includes a concentrated introduction on post-anthropocentrism, a key notion at the basis of the "Think Global, Act Local" approach, to offer students essential tools of critical analysis within the context of the contemporary philosophical debate. Readings include both classic texts as well as recent research in these fields.

Introduction
Post-Anthropocentrism: from Postmodernism to STS Studies and Posthumanism

These are some of the topics discussed:
The heideggerian critique of modern technology and of the view of nature as a standing reserve;
The rhizome, becoming- and multiplicity;
The Actor-Network Theory and non human agency;
The subject as a transversal entity encompassing humans, non human animals and the Earth;

Think Global
The first part of the course focusses on humans in relation to other humans. In this section, we will investigate the formation of human identity and analyze different types of discriminations, such as: Classism, Racism, Sexism, Ethnocentrism, Islamophobia, Homophobia, Ageism, Ableism. In order to reach global justice and co-existence, these categories of discrimination have to be fully taken into consideration.

Act Local
Student Project
A selected group of students will develop a project on human diversity in relation to a specific neighborhood in the area where they live. The final goal is to produce a digital document (i.e. a website, a video or a blog), an event or a product on a selected topic.
Example: "The Sustainable Power of Diversity"
For instance, students can interview residents to document their perception of the diversity of the area in relation to class, gender identity, ethnicity and religion, each associated with a color. At the MakerSpace, they can then turn the results into a 3D print of an AA to C Battery Adapter, representing the sustainable power of diversity. Some of these adapters will be distributed during an informal presentation of the project at NYU-Liberal Studies.

Think Global
In the second part of the course, we will analyze humans in relations to non-human animals, Earth and Space. In this section, we will investigate notions such as: Speciesism, Anthropocentrism, Non-Human Personhood, the Anthropocene, Earth Democracy, GMOs, the Tragedy of the Commons, Space Pollution. This section will focus on discrimination based on anthropocentric views, from the treatment of non-human animals, to the Anthropocene and the environmental degradation on Earth and Space.

Act Local
A different group of students will develop a local project on one (or more) of these topics in relation to a specific neighborhood in NYC.
Example: "Re-Cycle"
For instance, students can document the recycling habits and politics of a specific area with pictures and videos, and then re-assemble them in digital collages to develop a story in augmented reality; the results would be projected at NYU-Urban Future Lab, to reflect on what could be done to maximize the recycling program of that area and develop more efficient ways of recycling. The final project, edited in order to incorporate the comments received at NYU-Urban Future Lab, will be presented in the neighborhood where it was originally shot, during one of their next recycling days.
​
Reading Samples
Næss, Arne (1973) "The Shallow and the Deep, Long-Range Ecology Movement"
​Crutzen / Stoermer (2000) The “Anthropocene”

SECTION 3:
Who is afraid of AI?

Think Global
In this section, focussed on Humans in relation to Technology, Robots and Artificial Intelligence, we will reflect upon focal topics such as: Net-Neutrality, Digital Privacy, Technological Unemployment and Universal Basic Income, Robo-Ethics, Gendered and Sex Robots, Drones and Technological Warfare, Machine Intelligence and AI Takeover. This section will highlight how technology may help to shape a more just future, but also what are the risks related to the development of the robotic era, including the repetition of biases and discriminations such as sexism, racism and anthropocentrism.

Act Local
​A third group of students will develop a local project on one (or more) of these topics in relation to a specific location in NYC.
Example "hACkT Local"
For instance, they can choose a topic such as hacktivism, and a location such as Bard College. They can then formulate an anonymous questionnaire to understand how many students have been involved in some type of hacktivism and then organize at Bard an afternoon debate open to students and Faculty, to reflect upon the social and symbolic significance of hacktivism in this specific community.

​This course wishes to offer students deep critical tools to understand the present, and also inspiring theoretical and pragmatical perspectives to create the future in the spirit of global justice and co-existence.
​ 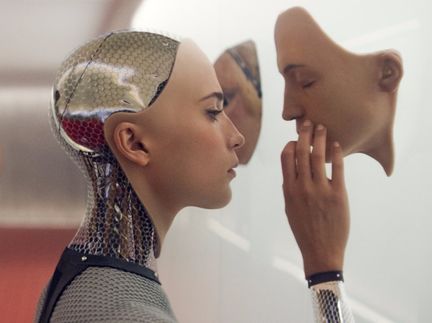